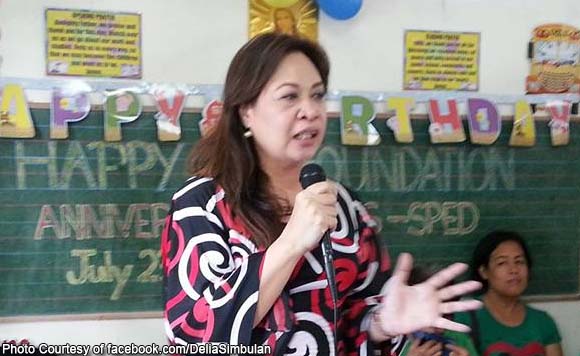 Nabua, Camarines Sur Mayor Delia Simbulan is taking it personally that some people have labelled the town as “bagsakan ng droga” or illegal drugs depot.

In the launch of the municipal government’s renewed drive against illegal drugs, Simbulan did not deny though that the first-class municipality has serious problems on illegal drugs.

She reiterated her call to all village officials to come up with “concrete strategies to realize their dream of a drug-free Nabua.”

“We, peace-loving people of Nabua, will not allow that our beloved town will be maliciously labeled as such.

While we can’t deny the fact that there are drugs circulating here, as other LGUs are also facing, rest assured that we will not allow, not under my leadership, this menace called drugs to ruin our family,” Simbulan said.

Simbulan also called on the support of the church, civil societies, and school administrators, especially youth organizations to support the LGU’s call not to allow the proliferation of illegal drugs in their communities.

Nabua has been included in the watch list of the Philippine Drug Enforcement Agency (PDEA) with the most serious problem on illegal drug trade.

Last June, netizens blasted Simbulan on social media for the rape-slay of a 19-year-old girl, blaming the mayor for her failure to curb the illegal drugs problem of the town.

Police have arrested three suspects, who admitted they were “high” on drugs when they attacked the victim.