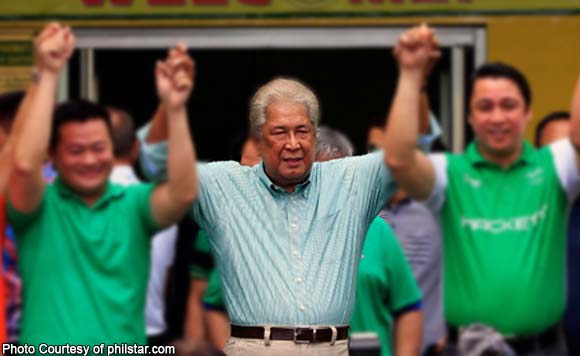 Manila 5th District Rep. Amado Bagatsing has called on the Canadian authorities to take back the 50 container vans of garbage they shipped to the Philippines in 2013.

Bagatsing, chair of the House Committee on Ecology, sent an e-mail to Canadian House of Commons-Committee on Environment and Sustainable Development reminding that disposal of waste in any area within the Philippine jurisdiction is banned under the Basel Convention.

“In this connection, we would like to express our united position that the said 50 container vans of wastes, including those wastes exported thereafter, be shipped back by the government of Canada itself since it cannot compel the shipper to return its containers to Canada pursuant to the Basel Convention,” the lawmaker stated in his letter.

Bagatsing said his panel found out that from June to September 2013, 50 container vans filled with wastes, mostly with used plastic bags, bottles, newspapers, household garbage and used adult diapers were shipped from Canada by Chronic Incorporated, a private company in Ontario.

The Bureau of Customs (BOC) seized the shipment for violating Republic Act 6969 or the “Toxic Substances and Hazardous and Nuclear Wastes Control Act of 1990.”

“While criminal cases were already lodged against the Chronic Plastics, a company to which shipment was consigned, the House Ecology Committee opts to seek refuge in the fact that governments of the Philippines and Canada are signatories to the Basel Convention since 1989,” the letter said.