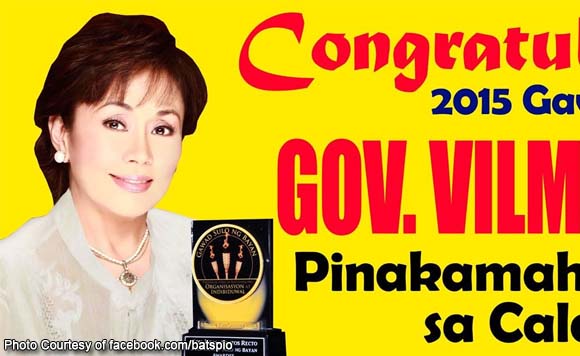 She isn’t called the Star for all Seasons for nothing.

Batangas Governor and multi-awarded actress ‎Vilma Santos-Recto has bagged another badge of honor.

She was hailed as best governor for CALABARZON by the Gawad Sulo ng Bayan for 2015.

Vice Governor Mark Leviste was also awarded for boosting local tourism, while his mother Councilor Patsie Leviste was recognized for her work focusing on senior citizens.

Other politikos were also given distinctions. All in all, Batangas raked in 12 awards. Wow!