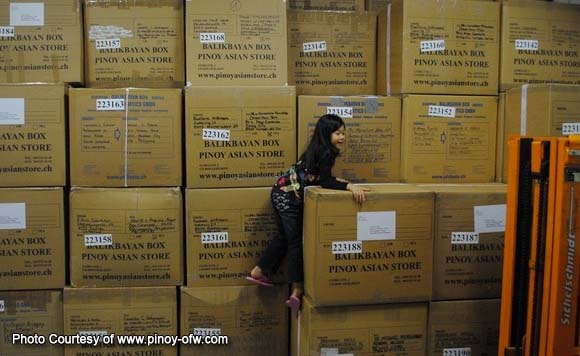 “All appropriation, revenue or tariff bills shall originate exclusively in the House of Representatives, but the Senate may propose or concur with amendments,” the Quezon City lawmaker was quoted in a Philippine Star article.

“In the first place, balikbayan boxes are duty- and tax-free packages designed for overseas Filipino workers (OFWs) sending home gifts to their families,” he added.

Castelo said that contrary to Lina’s claims that smugglers are making use of balikbayan boxes, most such boxes contain “household items and goods that are generally exempt from duties.

This small favor is negligible compared to the great sacrifices and contributions that our OFWs make that also benefit our national economy.”

“He should zero in on big-time smugglers and corrupt examiners who under-assess highly dutiable goods, undervalued shipments and the like, and not focus on lowly OFWs and ordinary Filipino employees in foreign lands trying to send goods to their loved ones in these most trying times,” he said.

Castelo said the Bureau of Customs (BOC) should first answer questions on the shipping containers of Canadian waste sent to the Philippines, which “caused us serious international humiliation.”

In a statement, BOC said the planned random inspections of balikbayan boxes are aimed at smugglers, not OFWs (Overseas Filipino Workers).

“We are not after the OFWs or their pasalubong to families,” read the statement. “We are after the smugglers who have resorted to using the balikbayan boxes and consolidated shipments to smuggle contraband in the country through fake consignees or insertion of smuggled boxes or goods, otherwise known as riders, in consolidated shipments.”