Will Leni Robredo be ‘Ms. Palengke?’ 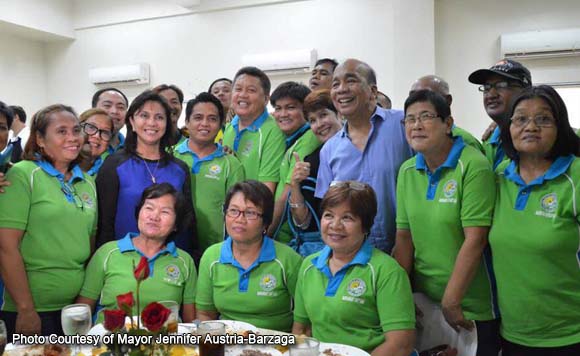 Camarines Sur Rep. Leni Robredo has been consistent in refusing to be Mar Roxas’ vice-president, but these pictures make it appear otherwise.

Robredo, who has repeatedly said no to calls for her to Roxas’ running mate in 2016, went on a tour in Dasmariñas, Cavite on Aug. 20 to check out public market and hospital projects there.

She was accompanied by City Mayor Jenny Barzaga, her father Cavite Rep. Elpidio Barzaga, and Rep. AA Advincula, who are staunch allies of the Liberal Party.

The group showed Robredo around the city and made sure that she drops by the public market — as if training her to be Mar’s Ms. Palengke.