Belmonte to Roxas: Let go of Poe and move on 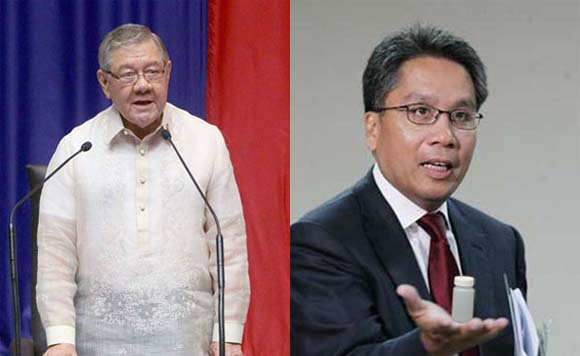 As if giving a relationship advice, Speaker Feliciano Belmonte said presidential aspirant Mar Roxas should let go of Sen. Grace Poe and learn to move on if she still turns down offers to be his running mate in 2016.

Roxas and the Liberal Party (LP) have been wooing Poe to run for vice president in the ruling party but the senator has remained silent about her election plans for next year.

“I hope they are successful together, but definitely if still nothing happens, then for sure he (Roxas) should move on,” Belmonte was quoted by Philippine Star as saying.

Asked about the possibility of Poe finally turning down Roxas’ offer, Belmonte replied, “I hope it doesn’t reach that point.”

Belmonte said it’s important that a presidential candidate like Roxas can pick someone he is comfortable with as a running mate.

Although he prefers Poe as Roxas’ running mate, Belmonte said the party should also consider Sen. Alan Peter Cayetano as another wise choice “if the field is wide open.”

“He’s not particularly a good friend of mine, we just work together. I was closer to his father who was my contemporary, but I still can see his qualifications,” Belmonte said. Cayetano’s late father, Renato, was also a senator.