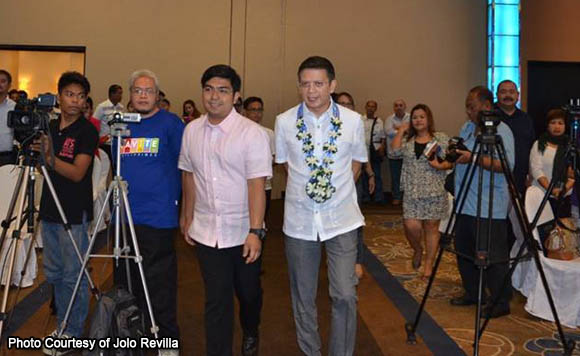 Are the wounds of the past still fresh?

The event was held in Taal Vista Hotel in Tagaytay City, where Cavite mayors, vice mayors, and councilors gathered for a day’s worth of discussions.

It pays to note, however, that Cavite remains largely aligned with the opposition’s United Nationalist Alliance (UNA), a party which saw a falling out with Escudero in the last elections.

Escudero eventually won as senator despite being dropped from UNA’s slate in 2013, and later on said that he has gotten over the issue.

But while Revilla and Escudero are seen exchanging pleasantries, it seems there’s a hint of awkward breezing through the space between them in these pictures. Oops!