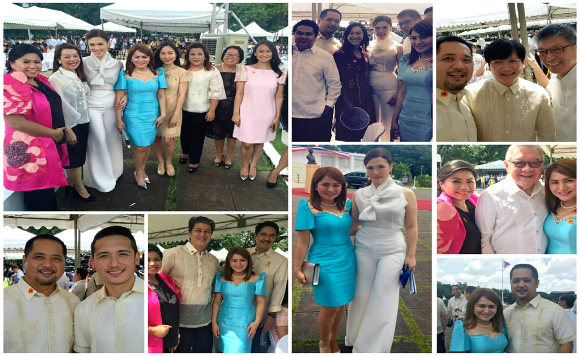 It was a SONA-like red carpet day all over again in Quezon City.

Top government officials, including QC politikos, were dressed to the nines for the celebration of the 137th birth anniversary of President Manuel L. Quezon in the city. Men sported their power barong while women wore glitzy gowns to the event, that included the opening of the modernized Museo ni Manuel Quezon at the Quezon Memorial Shrine.

Working on a holiday, early morning at the Quezon memorial shrine