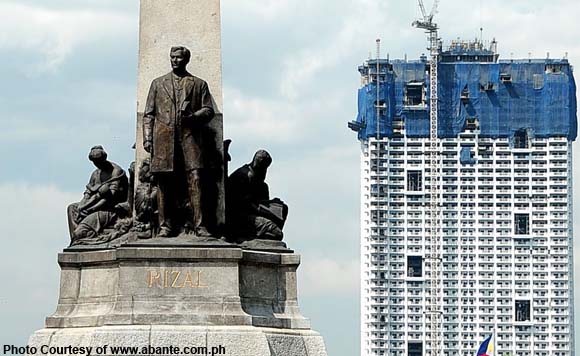 Former Manila Mayor Alfredo Lim erred when he authorized the processing of Torre de Manila’s zoning permit despite height limits on its site on Taft Avenue.

Supreme Court Associate Justice Francis Jardeleza made this assertion during the fourth round of the oral arguments on a petition seeking to demolish the building, which many say destroy the view of the Rizal Monument.

In grilling the city officials, Jardeleza said that despite clear requirements under a local ordinance, Lim may well have violated the rule of law when he ordered his officials to process DM Consunji Inc.’s (DMCI) zoning permit application for a 49-story Torre de Manila despite height limits on its site on Taft Avenue.

As quoted by Inquirer,  Jardeleza established that Torre de Manila’s site was classified as a university cluster zone under Manila’s zoning law, Ordinance No. 8119.

The building stands on a site where only schools and government buildings of up to seven stories are allowed under the local regulation, the SC justice said.

The Knights of Rizal has petitioned SC to order the demolition of the condominium building for violating the sight line of the Rizal Monument, a national landmark.

Jardeleza even found that the Lim administration granted DMCI a zoning permit on June 19, 2012, for Torre de Manila even without the developer’s application for a variance (exemption) from zoning restrictions, as required under the ordinance.

Manila City legal officer Jose Alberto Flaminiano recalled a conversation with Rebong sometime in 2012, when he quoted former Mayor Lim as saying that City Hall should readily process DMCI’s papers during the time the developer was still applying for permits.

When Rebong apparently told Lim that his office had yet to receive the documents, Lim allegedly said ‘o basta may natanggap kayo, i-process niyo ‘yan (Just say you received something and you process it),” Flaminiano told the court.

“According to him (Rebong), the mayor said that just so developers wouldn’t have a hard time, documents should not go through the City Council,” said the city legal officer. #