Leni, kids “stressed” over calls to run for VP—Bicol solon 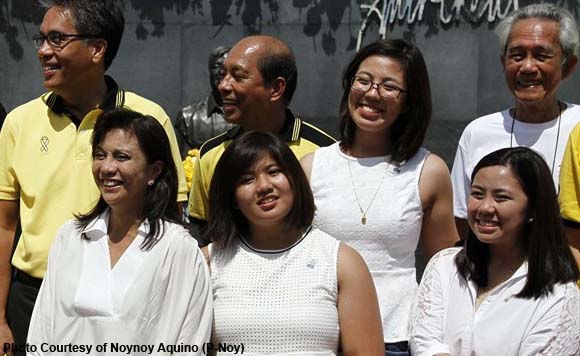 Batocabe recounted he has recently talked with the Robredos and they admitted being stressed out by talks about the elections.

“Nastress sya at naistress din ang mga bata na pinipilit sya na maging VP. She was not even considering to run,” the lawmaker was quoted by Manila Bulletin as saying.

Batocabe said Robredo’s daughters- Jessica Marie, Patricia and Jillian Therese – were all against their mother running for higher office.

Batocabe pointed out that the Robredos started to feel the pressure when the Kaya Natin Movement (KNM) started pushing for the Camarines solon to run for VP  in 2016.

This was the reason why she failed to attend the launching of “Robredo for VP” by the Kaya Natin Movement last week, he added.

“She does not really have plans to run. Even her children are supporting her decision not to run,” he said.

The widow of the late interior secretary Jesse Robredo is one of those being considered by the Liberal Party (LP) to run as running mate of Mar Roxas, aside from Senator Grace Poe and Batangas Governor Vilma Santos-Recto.

But Mrs. Robredo has repeatedly said she is not interested running for VP, owing to her lack of experience in politics.