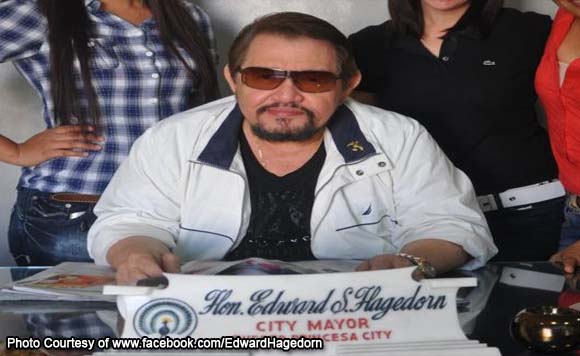 Former Puerto Princesa City Mayor Edward Hagedorn has won the first round of his election protest against incumbent mayor Lucilo Bayron, who beat him in the recall elections on May 8.

This after the Commission on Elections (Comelec) dismissed Bayron’s motion to dismiss Hagedorn’s protest, paving the way for the conduct of a preliminary conference on the case on August 26.

In an eight-page decision penned by Presiding Commissioner Christian Robert Lim, the Comelec resolved to “deny the affirmative defenses raised by Protestee Lucilo R. Bayron for lack of merit.”

In his motion, Bayron said Hagedorn failed to present in his protest a “detailed specification of acts or omissions complained of showing electoral frauds, anomalies and irregularities during the election.”

The Comelec, however, found the enumerations in the protest to be “specific and serious enough to warrant the re-examination of the ballots.”

Hagedorn claimed there were massive vote-buying and other frauds during the recall elections. He said thousands of invalid votes or ballots were counted and credited in favor of Bayron.

Bayron beat Hagedorn’s wife in the mayoralty elections in 2013 but in March 17, 2014, a recall petition was filed by Hagedorn’s supporters at the local Comelec office.

The petition cited a “‘breach of trust,’ declining tourism activities and a deteriorating peace and order situation” as the reasons for the recall.

Bayron denied that the city’s tourism was in decline, nor was there increasing criminal activity, and accused of Hagedorn of being behind the recall petition, saying that “they cannot accept that they lost in the last elections”.