Em Aglipay reveals Marvic Leonen once threw a book at her. Here’s why 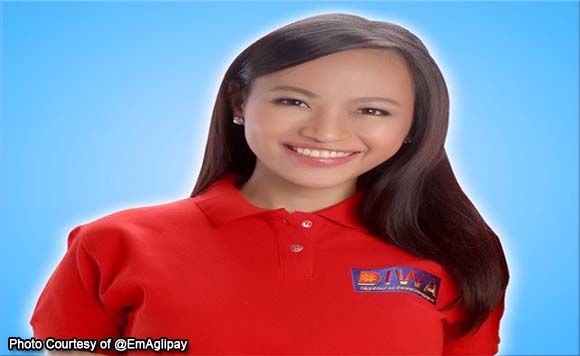 Despite being a brilliant and diligent student in her youth, law school was no piece of cake for DIWA party-list Rep. Emmeline Aglipay (now Mrs. Mark Villar).

In an interview with People Asia magazine, Aglipay shared that she once though of quitting law studies at the University of the Philippines College of Law because some of her grades have become low. One professor in particular, Supreme Court Associate Justice Marvic Leonen, gave her a hard time in class after she failed her first recitation in class.

The lawmaker said she was unable to read the requisite readings beforehand because she was busy fulfilling the requirements asked by the Commission on Higher Education (CHED) for her to be awarded as one of the 10 Most Outstanding Students of the Philippines.

On her first day attending Leonen’s class, Aglipay shared: “He was so mad at me. It was the first class I attended and I didn’t read (the) readings for that class. He threw a book at me and then asked me to leave the classroom. Starting then, he would always call me. He would give me a hard time… either on purpose or by coincidence because we had a deck of cards (with our names for recitation).”

But though their initial encounter wasn’t at all pleasant, Aglipay said it was Leonen who helped her convince to stay in law school.

In one of their conversations, Aglipay said the Supreme Court magistrate admitted that he’s been giving her a hard time in class because he saw in her “a huge potential.”

“That’s how I became close to Justice Leonen,” Aglipay said. “I developed the fighting spirit because of that. I became tougher. Law school was really for me.”

So important is Leonen to Aglipay that it was he who officiated her wedding to Villar in 2014.

Their bond has transcended from one of a teacher-student, to a friend for life.