Senatoriables gather in Isabela to chat with farmers 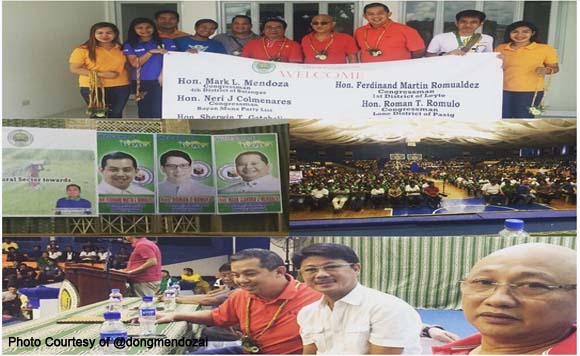 These politikos are really going out of their way to get themselves known.

Three Congressmen rumored to be eyeing the Senate for 2016 have started touring the country, even venturing up north to Isabela where they were invited to speak in a dialogue with local farmers.

The event carried the theme “The Role of Isabela’s Argicultural Sector Towards ASEAN Integration.”

Nationalist People’s Coalition secretary-general and Batangas Rep. Dong Mendoza also attended the event as chairman of the House committee on agriculture and food.

Pasig Rep. Roman Romulo of the Liberal Party, who is another senatoriable, also had his own welcome poster in Isabela but could not be seen in any of the posted photos.

Is he a no-show because of party colors?