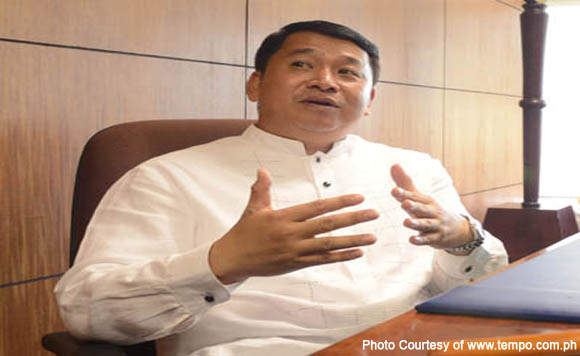 Peña denied rumors that he has given up the city’s claim to the former military camp, now known as Bonifacio Global City (BGC), which the Court of Appeals (CA) declared in 2013 to be part of Makati, not Taguig.

“It is a baseless rumor apparently intended to confuse Makati residents and draw their attention away from the real issues that remain unanswered,” Peña said in a statement.

The acting mayor said he has kept his silence on the issue because of a gag order issued by the CA prohibiting local officials of Taguig and Makati from talking about the case publicly.

“I appeal to the residents not to be affected by cheap tactics like this from our detractors who aim to sow intrigue rather than face the issues squarely,” Peña said.

He also expressed his “endless gratitude” to the residents of the “embo” barangays, whose residents supported him when he ran for vice mayor of Makati in 2010 and 2013.

On July 30, 2013, the CA’s Sixth Division issued its ruling on the case, upholding Makati’s jurisdiction over the more than 729-hectare portion of Fort Bonifacio. It also covers two other known Makati barangays, Post Proper Northside and Post Proper Southside.

Taguig filed an appeal, which is pending before the CA. #