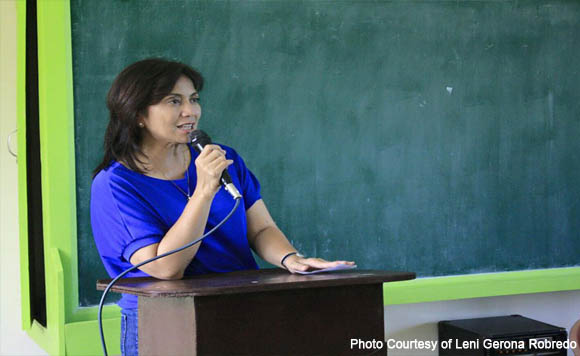 Bongat, chair of Liberal Party (LP)-Naga, is confident Robredo will get the bigger chunk of the “Bicol vote” compared to another Bicol native, Senator Chiz Escudero, who is rumored to run also as vice president.

“She is very much qualified, given the work ethic, dedication and character that she has shown. But at the end of the day, the decision is hers,” Bongat said in a Philippine News Agency (PNA) story.

Vice Mayor Nelson Legacion, another LP member, said they will support whatever Robredo’s election plans are.

“As it stands, Leni hasn’t only made a positive impact on her district but also on the entire country,” Bordado said.

Robredo, however, remains reluctant to seek the vice presidency, stressing that she still lacks experience in politics. #