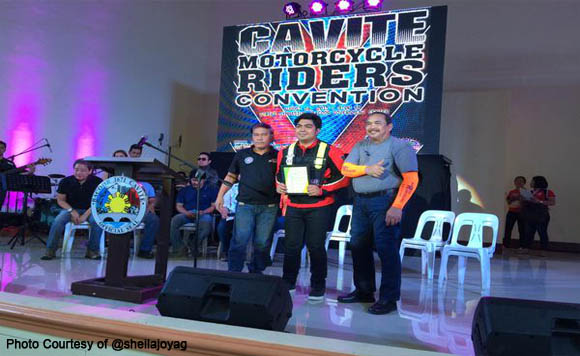 Months after his gun accident, Cavite Vice Governor Jolo Revilla has now been named as the face of safety.

Revilla was hailed as the province’s Road Safety Ambassador at the Cavite Motorcycle Riders Convention.

Donning a white helmet and jacket, Revilla led a group of 1,500 riders on Aug. 16 for a motorcade around the province.

He really takes on the looks of his father Sen. Bong Revilla, Jr. — except that he rides motorcycles, not horses. #