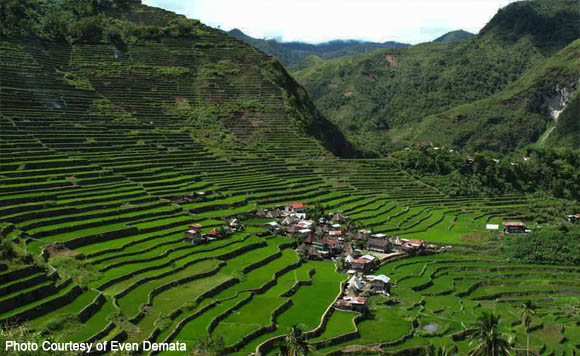 Faced with a lawsuit and a strong public opposition, a member of the municipal council of Banaue has withdrawn her support to the controversial seven-storey parking building that has been planned to be put up near the famous Banaue rice terraces.

Genoveva Candelario-Pocopio, president the Association of Barangay Captains (ABC) admitted being one of the signatories of Ordinance No. 16 passed on September 11, 2014 authorizing the use of the town’s Internal Revenue Allotment (IRA) to fund the P55-million project.

She said she withdrew her support after a “conscientious consideration of the advantages and disadvantages of the project.”

“Most especially its financial, cultural and socioeconomic implications, and the personal anxiety that this issue has brought about [that] I hereby irrevocably withdraw my signature in the aforementioned ordinance,” Pocopio said in an affidavit she filed in a local court.

A group of residents led by several village officials filed case against the Banaue officials for alleged misuse of IRA funds.
The lawyer for the petitioners, Jumbo Wachayna, voiced hope that other members of the municipal council will also withdraw their support
for the project.

The National Commission for Culture and the Arts has requested the municipal government to stop the project to ensure the conservation and protection of the nearby rice terraces, which is considered a World Heritage Site.

Banaue Mayor Jerry Dalipog, however, maintained that the project is safe as the Department of Environment and Natural Resources has issued the project’s Environment Compliance Certificate. #