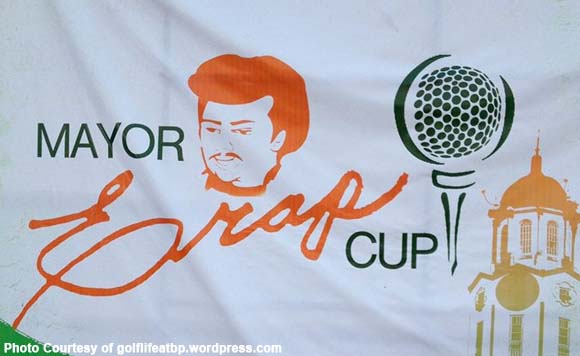 These politikos found the chance for an instant reunion during the Mayor Erap Golf Tournament over one weekend.

Sen. JV Ejercito proudly shared his photo with three former colleagues at the House of Representatives, where he served as San Juan representative before running as senator in 2013.

With him are Marikina Rep. Miro Quimbo, Quirino Rep. Dax Cua, and ex-Marinduque Rep. Lord Velasco at the Wack-Wack Golf and Country Club.

Playing with my 15th Congress Golf Buddies at the Mayor Erap Golf Tournament in Wackwack Golf and Country Club.

Who knows, maybe the rest of the squad will follow him in the Senate sooner or later.