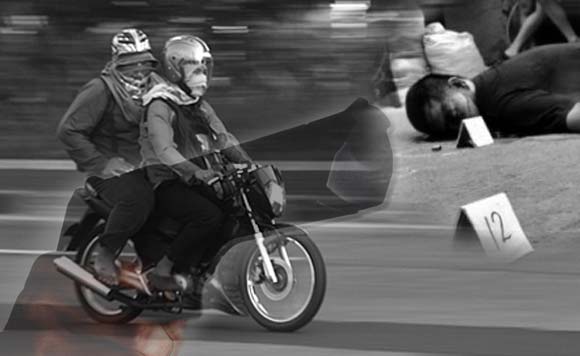 A village councilman in Urbiztondo, Pangasinan was shot dead by two motorcycle-riding gunmen while he was carrying his five-month-old son in front of his house.

Barangay Sawat Kagawad Manuel Leonardo, 51, died on the spot, according to a Philippine Star report.

The report stated that Leonardo was standing in front of his house with his infant son when two men riding tandem on a motorcycle pulled over.

The backrider pulled out a calibre .45 pistol and shot the victim twice in the head. The infant survived unhurt.