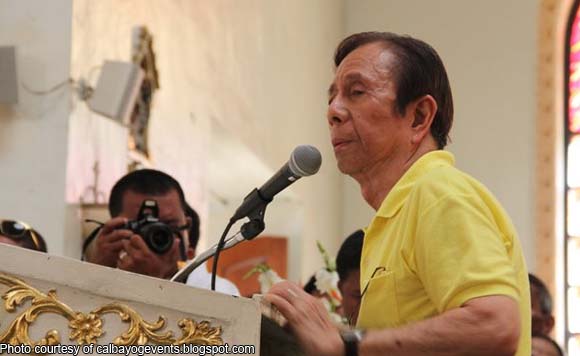 This early, the Liberal Party is looking to consolidate its forces in Northern Samar by courting a rival governor to join it’s ranks rather pushing one of its own to the top spot.

A Politiko source said LP was convincing former Rep. Raul Daza not to rock the boat in Northern Samar.

Ong defeated then incumbent Governor Paul Daza, son of Raul, in the 2013 elections.

Daza is from the LP while Ong is from National Unity Party.

Our source said that a negotiation for Ong to join the Liberal Party is ongoing.

Daza lost to Rep. Harlin Abayon in 2013. Daza has a pending electoral protest case against Abayon.‎