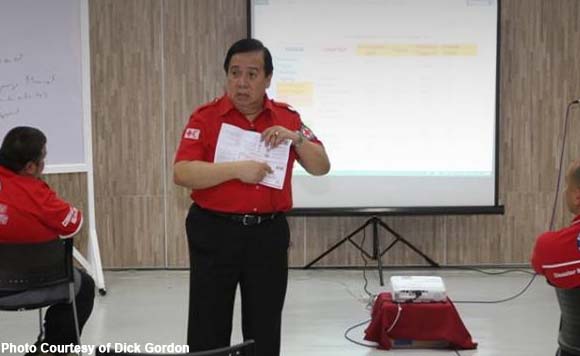 But the former Subic Bay Metropolitan Authority (SBMA) chair said he is still undecided whether to run for senator or president.

“I still have until October to make up my mind,” Gordon was quoted by Philippine Star as saying.

“You have a President now that became president because his mother died about this month (in 2009, less than a year before the 2010 presidential elections),” the ex-SBMA said in an apparent dig on President Aquino.

He added many people had been urging him to run “every day, every moment, every time I see a friend.”

“Deep down inside, they know (I’m) the most logical (candidate for president), the most hard-working, the most with a track record,” he added.

Gordon ran for President in 2010 but failed.

He was mayor of Olongapo in the ‘80s and was later appointed as SBMA chair in 1992. He was then elected senator in 2004.