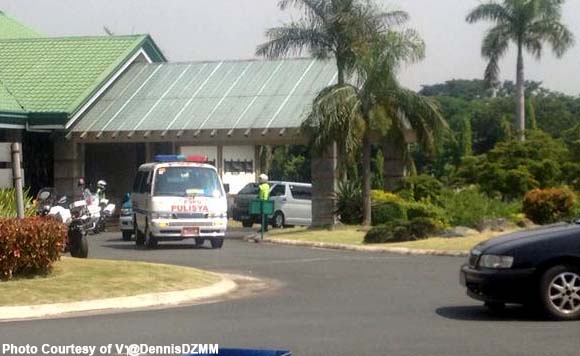 Former President Gloria Arroyo arrived at The Heritage Park in Taguig City Saturday morning for the burial of her brother Arturo.

Radio reports said Arroyo’s convoy arrived there at about 10 a.m., from the Veterans Memorial Medical Center in Quezon City.

Macapagal passed away Tuesday, with Malacanang saying the nation lost an outstanding Olympian and a respected business leader.