Who’s the fairest of them all? ‘Manay Gina’ picks Roxas over Binay, Poe 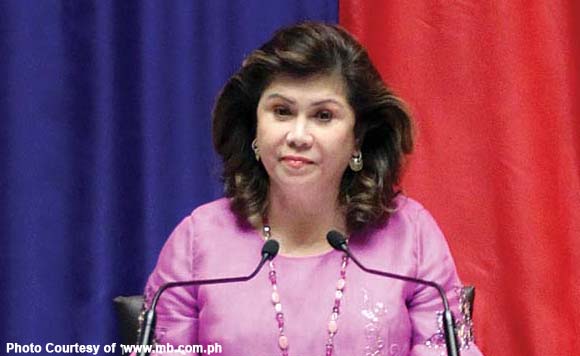 She claims to be close to Vice President Jejomar Binay, Senator Grace Poe, and Interior Secretary Mar Roxas, but Pangasinan 4th District Rep. Gina de Venecia believes the latter is the most qualified to be the next president.

The wife of former House Speaker Jose de Venecia said Roxas has the experience and qualifications to succeed President Aquino in 2016.

“Vice President Binay is a good friend of the family; our families are close. Senator Grace is like a daughter to me and FPJ (Fernando Poe Jr., the senator’s father) is also close to our family in Sampaguita Pictures (owned by the congresswoman’s family),” “Manay Gina” was quoted by Manila Bulletin as saying.

The Pangasinan lawmaker pointed out that Roxas, the standard bearer of the ruling Liberation Party (LP), is the most qualified among other presidential contenders.

According to her, Roxas was a protégé of her husband JDV when they were both in Congress. She said JDV guided Roxas in crafting laws.

“He was very hardworking, matalino, masipag, at magaling. That’s why he not only became senator, but was made Cabinet member of (presidents) Erap, Arroyo and Aquino,” De Venecia added.