Chavit Singson supports anti-dynasty bill. But will son vote for it? 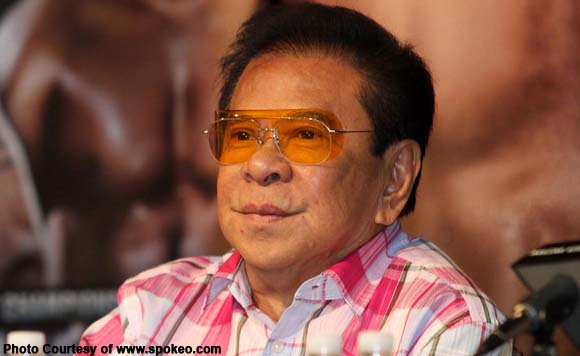 The anti-political dynasty bill in Congress has found a surprising ally in the person of former Ilocos Sur governor and jueteng payola whistleblower Luis “Chavit” Singson.

Chavit said he has been against political dynasties despite his clan having a long history of involvement in Ilocos Sur politics dating back to the Spanish period.

“Personally, I dislike political dynasties, so there needs to be a law in place,” he was quoted by Daily Tribune as saying.

“Yes, you can say that we are a political dynasty but I made sure that even if the law had many loopholes, my family remained disciplined. I disciplined them,” the former governor pointed out.

In 2013, the Singsons dominated the elections in the province. Elected governor was Chavit’s son Ryan. Another son, Ronald, is the representative of the 1st District.

But Chavit stressed he never supported any of his relative in the elections.

It came to point, he claimed, when he actually supported the political rivals of his siblings and other relatives when they ran for Congress during his term.

“Voters today are smarter —whether or not a candidate belongs to a dynasty, they will vote for him if he is kind, helpful and capable,” Chavit noted. “But if there is a law against political dynasties, everyone must follow it.”