What does Batangas Rep. Dong Mendoza look for after a long day? 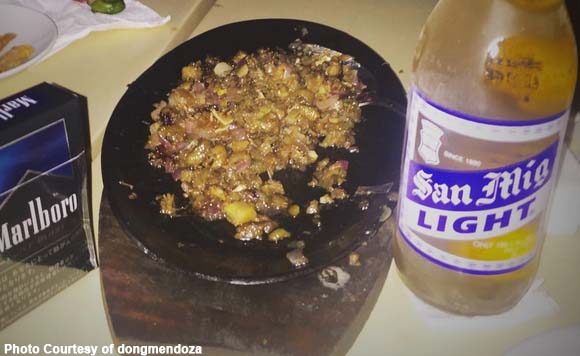 Nothing like a bottle of ice-cold beer to end the night.
After a tiring day, Batangas Rep. Dong Mendoza turns to a bottle of San Mig Light, with the occasional Marlboro stick on the side.

chillin with sisig and a cold sml

The solon, who also sits as secretary-general of the Nationalist People’s Coalition, often heads to a bar called Ten Years After, which is barely an hour away from the Batasan Complex.
Having worked hard, the man sure deserves a bottle of beer or two. Cheers!