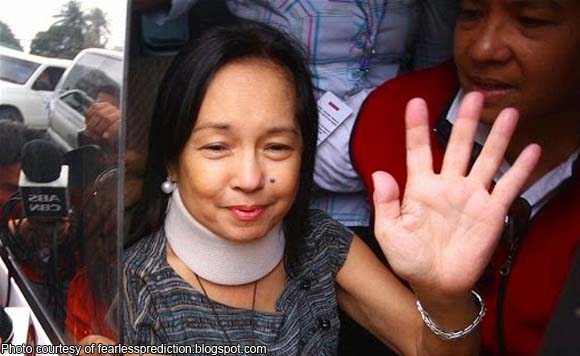 Former president and incumbent Pampanga 2nd District Rep. Gloria Macapagal-Arroyo will be able to attend the wake and burial of her late brother Arturo Macapagal.

The Sandiganbayan 1st Division allowed Arroyo to go to the wake on August 13 from 4 pm to 8 pm and the Mass and burial on August 15 from 10 am to 2 pm.

The court, however, did not grant the detained former president’s request to attend the 9th day novena for Macapagal on August 19.
Macapagal died of prostate cancer on August 11.

In its ruling, the court said Arroyo shall be transported from Veterans Memorial Medical Center in Quezon City to Heritage Park in Taguig City “not earlier than two hours before the appointed time.”

She cannot go to any other place without the authority of the court and should be brought back immediately after the appointed time.

She is under hospital arrest at the VMMC since October 2012.