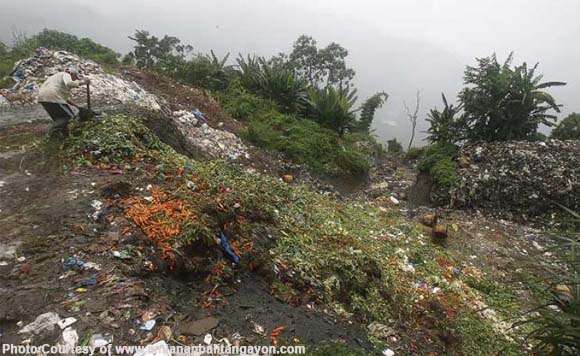 La Trinidad, Benguet Vice Mayor Romeo Salda revealed that the town is now running out of funds for garbage collection, possibly triggering another serious garbage crisis in the coming months.

In a Sunstar article, Salda said the municipal government’s waste hauling budget from April to June this year has reached P9.93 million, consuming the P17 million allotted from both supplemental and regular funds until August.

If hauling continues, another P32 million is needed, averaging a P4 million cost every month, he pointed out.

Salda bared that the after this month, there will be no more budget for the hauling of trash out of the town unless action is taken by the council.

The city council has summoned Dwight Daodao, the officer-in-charge of the Solid Waste Management Office, to discuss the status of budget the municipality has for hauling trash out of the Valley.

According to the vice mayor, there was a P5 million budget allotted from the regular budget and another P12 million from the supplemental budget allotment.

The municipal government has purchased three dump trucks worth P2.5 million each to boost the waste collection efforts of the town.

La Trinidad used to have its own landfill at Alno, which has been closed since last year to give way for much needed rehabilitation.

Salda said contractors sourced out for hauling are doing two tasks, emptying the Alno site of existing trash as well as hauling out daily waste from the town’s 16 villages.

The capital town of Benguet produces 93 tons of waste a day from households as well as the vegetable trading posts.