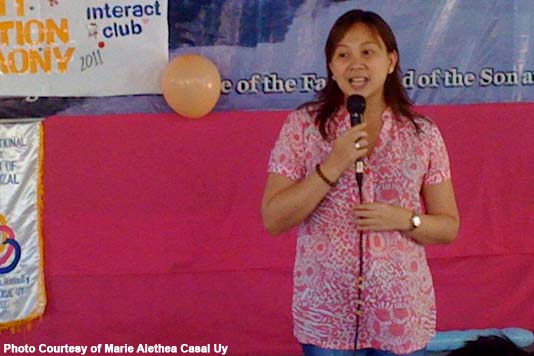 For this, Casal-Uy said Peña violated the Government Procurement Act and may be charged with graft for “partiality and collusion with a bidder.”

On August 10, only Goldilocks Bakeshop Inc. submitted its proposal to supply birthday cakes with a contract price of P8,666,080.50, which is lower than the approved budget of P9,356,100.

But Casal-Uy revealed Peña’s camp did not divulge  other crucial details of Goldilock’s bid for a fair comparison to be made between the new bid price and the former price, such as the size and quantity of the cakes that were bid out.

“They are obviously trying to mislead the media and the public by focusing their story on the bid price of Goldilocks at P285. At first glance, it is lower than the maximum bid amount,” the councilor said, as quoted by Daily Tribune.

“But they failed to compare the specs as contained in the purchase requests,” she added.

“Had these details been revealed in their story, diligent members of the media would have been able to make a sound analysis of the issue and come up with a more balanced news report,” the city councilor said.

“Even before the bidding was done, Peña had been directly quoted in news reports as saying the new cakes would only cost between P265 and P280. It turns out that the bid prices submitted by Goldilocks for the cakes are almost exactly the same as the prices stated by Peña,” she said.