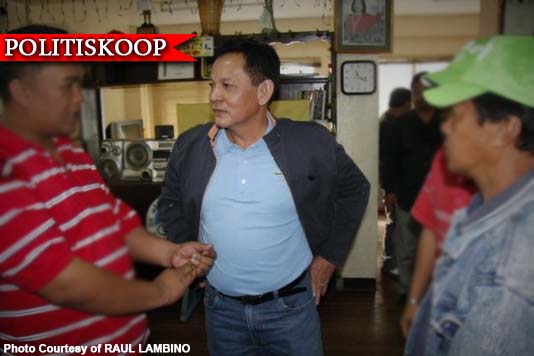 After losing in the 2010 national elections, a politiko from Pangasinan will try his luck in his hometown in 2016.

A Politiko source said that Raul Lambino, one of President Gloria Arroyo’s loyal lieutenants, would run for mayor in the town of Pozorrubio.

He will go up against incumbent Mayor Art Chan of the Nationalist Peoples Coalition who is on his second term.

Lambino has chosen businessman Ernesto Go as his running mate against the father and son tandem.

Pozorrubio is known for its patupat, a sweet sticky rice delicacy wrapped in a bag made out of young coconut leaves.