Ex-Bataan Rep. Payumo insists: We were cheated in 2013 polls 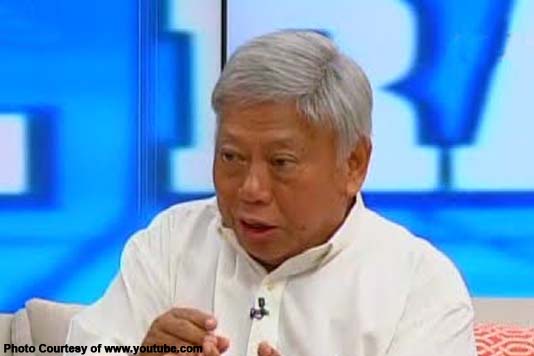 Former Bataan representative and  Subic Bay Metropolitan  Authority (SBMA) chairman Felicito Payumo is insisting that there were “incontrovertible evidence” of massive fraud in the 2013 automated elections, particularly in Bataan where he and his two nephews lost.

Payumo cited the election protest filed by his nephew, defeated Dinalupihan mayoralty candidate Jojo Payumo III, which he said was dismissed by the Supreme Court (SC) merely because of technicality.

“Dinalupihan deserves attention, perhaps deeper scrutiny, from voters, candidates, political parties or democracy advocates because it provides incontrovertible evidence how fraud in the local level was done despite the automated elections in 2013,” the former SBMA chair was quoted by Inquirer as saying.

Payumo lost to Herminio Roman for the 1st District congressional seat by a wide margin of 27,451 votes.

Payumo said he has written Commission on Elections (Comelec) Chairman Andres Bautista to ask him to conduct an “urgent investigation of the election anomaly” in Dinalupihan.

He recounted that on the first day of the counting, they discovered five bundles of wrapped ballots for three clustered precincts in the municipal election office.

“It was clear that the genuine ballots cast by the voters were pulled out from each box and replaced with fabricated ballots,” he added.

But Dinalupihan Mayor Garcia’s lawyer, Emiliano Pomer, said the five bundles of wrapped ballots were included in the revision and these were “likewise found to be genuine, valid ballots.”

Pomer said it was Payumo, not the revision committee, who “made the unilateral declaration that the wrapped ballots found inside the ballot boxes were fake ballots.”

Mayor Garcia, in response, stood firm nothing wrong took place in the counting of votes in Dinalupihan.

“The court record of the protest does not show any evidence of electoral fraud,” she said.

The high court also upheld a Feb. 17, 2014, court decision of Judge Merideth Malig of the Bataan Regional Trial Court (RTC) Branch 5, who dismissed the case because it was filed past the required 10-day period following the proclamation of winners.