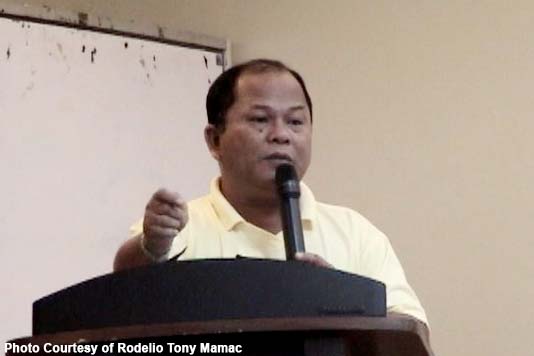 A vice mayoralty aspirant in Angeles City is raising a howl of protests over the plan of the Clark Development Corp. (CDC) to put up a car showroom and service center near the main gate of the former air base.

Chairman Rodelio Mamac of Balibago Village said the presence of the establishment poses great environmental risks and health problems to the community.

Mamac will run for vice mayor in the 2016 elections.

The village chair pointed out that CDC has already realigned the drainage system of Clark to the Balibago Creek, which overflows during heavy rains and affects Systems Plus College, a hotel and some residential buildings at Diamond Subdivision.

It will also be an “environmental nightmare” if waste liquids from the car service center, such as used oil, is disposed off into the drainage.

The car dealer showroom and service center will be built near the controversial commercial site being developed by Singaporean firm Capilion Corp. Pte. Ltd., which is being opposed by residents.

Mamac said village officials were not informed by the CDC about the service center.

CDC-External Affairs Department Manager Noel Tulabut played down Mamac’s concerns, saying the project is not a run-of-the-mill talyer or auto repair shop whose oil disposal is unregulated in some areas.

“This is a huge brand that protects its name in terms of environment care,” Tulabut added. #

“The facility will have an oil and water separator to make sure that no oil will flow into the CDC drainage. The company is duty bound to also comply with all of the environmental requirements set by CDC,” the CDC official said.