Tarlac town to be renamed after Ninoy? I don’t think so, says mayor 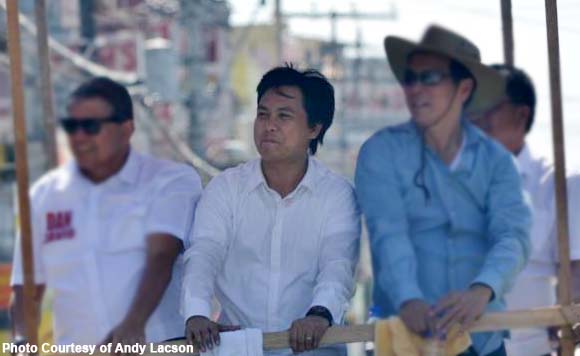 Concepcion, Tarlac Mayor Andy Lacson is not amenable to renaming the town after the late Senator Benigno “Ninoy” Aquino.

The mayor admitted there have been suggestions to change the name of the town to that of the martyred senator, who was born there on November 27, 1932 and whose 32nd death anniversary will be commemorated on August 21.

“I don’t think townsfolk, who are predominantly Catholic, are ready to abandon the name of the Blessed Mother,” Lacson said in a Philippine Star article.

Concepcion, a first class municipality, was named after the Immaculate Conception.

“While we admire Ninoy for his heroism, the old sentiment is that the Blessed Mother has remained our protector,” he added.

Ninoy was elected mayor of the town in 1955 at the age of 22 and served until 1959. At 27, he became vice governor of Tarlac and two years later he became governor, the youngest at that time.

Lacson revealed he has invited Ninoy’s son, President Aquino, to cut the ribbon at the newly rehabilitated Ninoy Monument in front of the town hall on August 21.

Local political observers said the President is still dismayed by the Liberal Party’s poor showing in the 2013 elections in the town, where the mayoralty, vice mayoralty, and majority of the municipal council seats were won by the Nacionalista Party (NP), Nationalist People’s Coalition (NPC), and National Unity Party (NUP),

While most projects implemented in Concepcion during Aquino’s presidency came from local revenues, Lacson said he understands the predicament of the President who, he recalled, once asked for the understanding of Tarlac folk for not favoring Tarlac with more government projects than other provinces.

“I understand his sentiments. He probably did not want to be accused of being partial towards his native province as he is president of the entire country,” Lacson said.