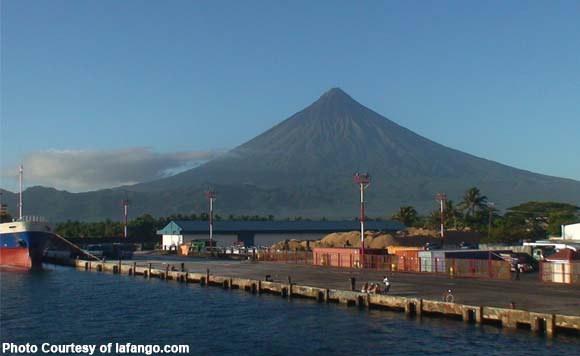 Catanduanes provincial officials led by Gov. Araceli Wong are denouncing the Philippine Ports Authority (PPA) for implementing a 200-percent increase in terminal fee at the Tabaco City port in Albay.

Wong said the increase from P10 to P30 is just too much for the hundreds of Catandunganons who travel daily via roll-on, roll-off (RoRo) vessels through the Tabaco port.

“Our efforts to block the staggering fee hike have been ignored and it is now our people, mostly poor, who avail of the services of this government-owned port terminal that shoulder the additional burden,” the governor said in a Philippine News Agency (PNA) report.

The Tabaco port serves as the main gateway to the island-province, with Catanduanes residents accounting for around 90 percent of the total number of passengers taking the routes to Virac and San Andres, Catanduanes, according to Wong.

The port operator, Tabaco Port and Cargo Corp. (TPCC), has been imposing the new rates since August 1.

But the PPA clarified that the increase is necessary to augment the operational fund of the terminal and port facilities.

The additional charge will also be used to fund environmental and marine ecology protection projects within the port facilities, including disaster risk reduction and management activities required among Bicol ports, it added.

The Catanduanes provincial board described the increase as “morally wrong.”

“But why should fund for environmental and marine protection and risk reduction management be taken from hapless passengers when concerned agencies like the PPA, Philippine Coast Guard or the Department of Transportation and Communication (DOTC) are provided with such fund under their regular budgets from the national government?” the resolution authored by board member Edwin Tanael read.

Tanael pointed out that the Tabaco port terminal should not be operated as a business enterprise as it is owned by the government and mandated to render public services and not for profit.

The ferry passengers are people who are already overburdened by various unreasonable fees and taxes to be able to stretch their hard-earned peso for other needs of the family, that is why it is morally wrong to impose upon them this exorbitant terminal fee, he added.

The municipal legislative council of Bato, Catanduanes also passed a resolution objecting to the fee increase.

Bato mayor Juan Rodolfo said the resolution was submitted to PPA Bicol Regional Manager Fernando Claveria a week before the start of the implementation of the adjusted rates.

It, however, had fallen on deaf ears and the increase was implemented in a “sneaky manner”, the mayor claimed.

The resolution, Rodolfo said, carried the council’s request for the PPA to conduct a public hearing in the province of Catanduanes prior to the implementation of the increase in the terminal fee.

Rudolfo said his municipality contested the increase as it was not only devoid of basis but “excessive and oppressive, being injurious to the welfare and interest of the Catanduanes riding public.”