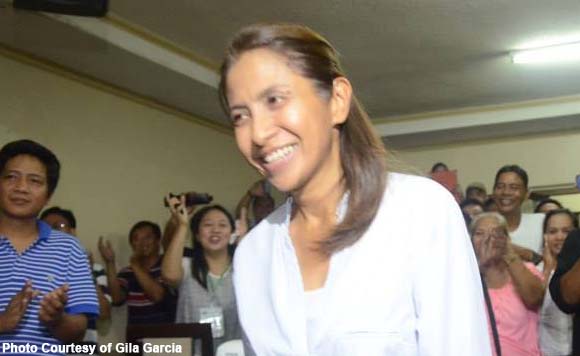 Dinalupihan, Bataan mayor Gila Garcia can now rightfully claim to be the duly elected mayor of the town two years after the 2013 elections.

In an 18-page ruling quoted by Headline Gitnang Luzon, the SC junked the decision of the Commission on Elections (Comelec) on January 29, 2015 ordering a manual recount of the votes cast during the 2013 mayoralty elections in Dinalupihan.

Instead, the High Tribunal reinstated the Feb. 17, 2014 ruling of the Regional Trial Court Branch 5 in Balanga, Bataan dismissing Payumo III’s election protest for being filed outside the 10-day period after Garcia’s proclamation.

The SC issued its decision after Garcia sought its intervention over the Comelec’s order setting aside the lower court’s dismissal of the election protest.

According to Garcia, the Comelec clearly acted with grave abuse of discretion when it ruled to allow an election protest which was shown and proved to have been filed beyond the period of 10 days.

Payumo III filed his election protest on May 27, 2013 calling for a manual recount of votes due to the alleged “high tech manipulations” in the 2013 mayoralty elections.

All the Payumos, including ex-SBMA chair Payumo, who ran in 2013 for the gubernatorial, 1stdistrict congressional seat, and the mayoralty post of Dinalupihan, lost.

Ex-SBMA chief Payumo lost to Herminio Roman for the 1st District congressional seat by a wide margin of 27,451 votes.