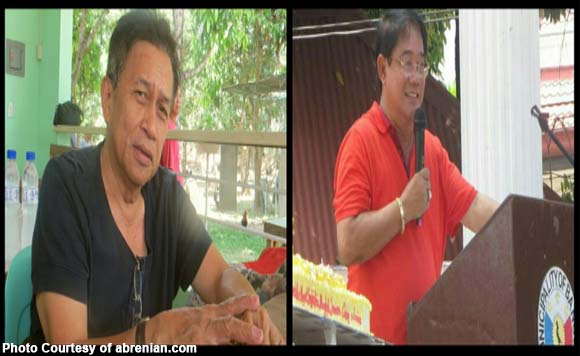 Same old faces – members of known political clans- will slug it out for the top elective posts in Abra province, a perennial hotbed of election-related violence, come 2016.

Both are members of the ruling Liberal Party (LP) and whose clans have been engaged in heated, and bloody, political rivalry.

Bersamin is the younger brother of Abra Rep. Luis Bersamin, Jr., who was gunned down after standing as one of the principal sponsors at his niece’s wedding at Mount Carmel Church in New Manila on Dec. 16, 2006.

Sources revealed that Rep. Bernos and Gov. Bersamin had an agreement to switch posts in 2016 and return to their original posts in 2019.

But Gov. Bersamin reneged in the deal and decided to run against Rep. Bernos’ father, Mayor Valera.

The Bernos faction of LP will have Rolando Somero as vice gubernatorial bet. He was vice governor from 2011-2013 and also a former town mayor.

On Gov. Bersamin’s camp, running for vice governor in 2016 is his niece, board member Chari Bersamin, daughter of slain Rep. Luis Bersamin.