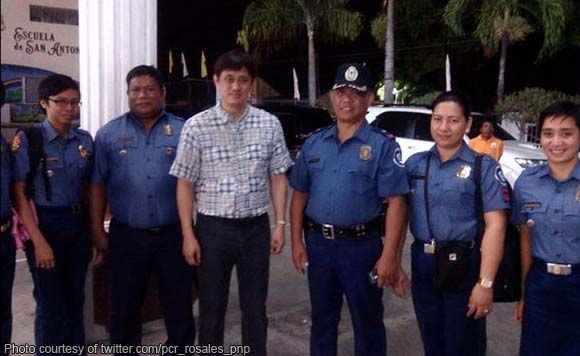 Abono Rep. Conrado Estrella III ‎ is claiming that the National Bureau of Investigation has cleared him of any liablity in the pork barrel scam involving Janet Lim Napoles.

In a statement, Estrella said that the NBI found that his signatures in documents used by Napoles foundations to access his Priority Development Assistance Fund (PDAF) were forged based on its probe.

“It is very ironic that the findings of the NBI, which is under the DOJ, would be contradicted by the mother agency.‎ The Department of Justice (DOJ)’s decision to recommend the filing of charges against us before the Office of the Ombudsman is apparently a knee-jerk reaction to opposition’s generated criticism that the DOJ is delaying the PDAF scam cases when, in fact, there is no solid evidence against us,” sai‎d Estrella in a statement.

Aside from the NBI, Estrella said the Field Investigation Office of the Office of the Ombudsman went to his district in Pangasinan dnd interviewed the intended beneficiaries who attested to the full delivery and proper implementation of his projects.

“I can’t understand why there is still a need for the DOJ to investigate when the Ombudsman has already conducted its investigation,” said Estrella.

Estrella is a member of the powerful Estrella political clan in Pangasinan. He was sued for malversation with his brother former Abono Rep. Robert Raymond Estrella.

The two graft-tainted solons are the sons of Robert B. Estrella, who served as Pangasinan’s 5th district representative from 1970 to 1972. They are also the grandsons of the late Conrado Estrella Sr. a former Pangasinan governor, Agrarian reform minister under the Marcos dictatorship, and a member of the Interim Batasang Pambansa from 1978 to 1984.