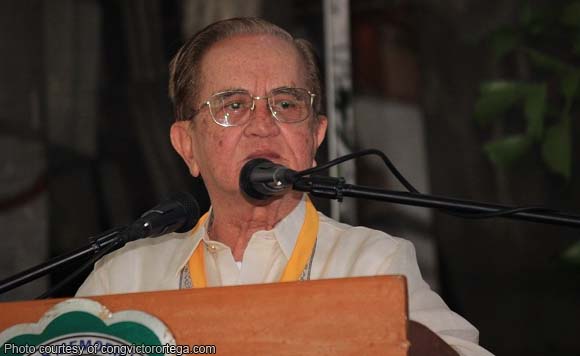 A member of a powerful political clan in La Union which has ruled the province since the American period said he does not know the accused pork barrel scam mastermind Janet Lim-Napoles.

Sued for malversation, graft and direct bribery by the National Bureau of Investigation (NBI) before the Ombudsman are La Union Rep. Victor Ortega and his brother, incumbent La Union governor and former congressman Manuel “Manoling” Ortega.

They are members of the powerful Ortega political clan which has ruled over La Union for over a century since the family patriarch Joaquin Ortega was appointed civil governor by the Americans in 1901.

Governor Ortega took his brother’s place as La Union representative from 1998 to 2007. He was elected La Union governor since 2007 and is now serving his third term.

According to the NBI complaint, Gov. Ortega received P14.35 million in kickbacks from his alleged dealings as former congressman with the Napoles bogus foundation Countrywide Agri and Rural Economic and Development Foundation Inc.(CARED).

Governor Ortega’s son Francisco Emmanuel “Pacoy” Ortega III is serving his third and last term as Abono party-list
representative. The party-list solon is expected to take his father’s helm at the provincial capitol in the 2016
elections.

Governor Ortega and La Union Rep. Ortega are the children of former La Union Rep. Francisco Ortega I, and grandsons of La Union governor Joaquin Ortega who was appointed by the Americans in 1901.