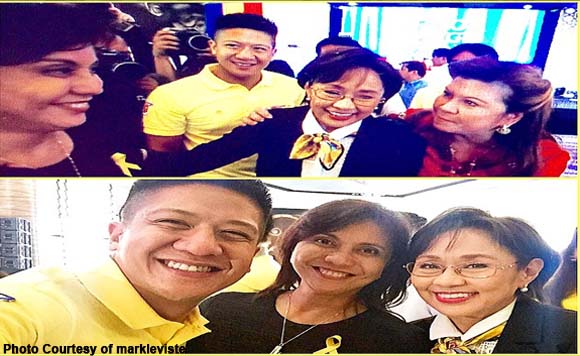 Mark Leviste has earned a seat at the Liberal Party (LP)’s premier table.

The Batangas vice-governor was all smiles as he shared a “good laugh” with LP bigwigs on Aug. 4, with no less than Pres. Noynoy Aquino and his anointed one Interior Secretary Mar Roxas.

Having a good laugh with our nation and party leaders #LiberalPH

The Tuesday event served as the LP’s official announcement that Roxas will be their standard bearer in 2016, following Aquino’s endorsement on July 31.

But the ladies have declined, leaving Roxas still without a vice-president less than two months before the filing of candidacy.

But this photo makes us ask: is Leviste the next option? #