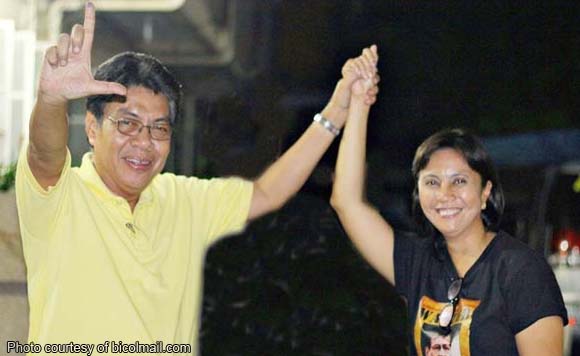 Naga City Councilor Gabriel Bordado wants to run for Congress in 2016 but lacks money to do so.

The former vice mayor to Jesse Robredo when the late interior secretary was mayor of Naga, Bordado said he is preparing to run for the 3rd District of Camarines Sur if incumbent representative Leni Robredo seeks higher office in next year’s elections.

“If I would be made to run by the LP (Liberal Party) for a congressional seat we need total support, especially on the matter of campaign funds,” Bordado was quoted by Bicol Standard.

Bordado was the topnotcher city councilor of Naga in the 2013 elections.

Bordado recounted he had long wanted to run for Congress but then Naga mayor Robredo chose lawyer James Jacob over him . Jacob eventually won as Naga representative.

Camarines Sur then was comprised of four districts and Naga City was in the second district.

In the May 2010 elections, Jacob ran for congressman of the 3rd district of Camarines Sur under LP but lost to then incumbent Rep. Luis R. Villafuerte.

Bordado said he is not intimated at all by Villafuerte, who was reported to be eyeing his old post in the 3rd congressional district if Leni Robredo runs for Senate or any higher position.

Bordado claims he does not resent his being an “always-an-option” candidate as he would wait for the LP leadership to decide whether or not decide to field him as the official candidate for congressman in the 3rd District.