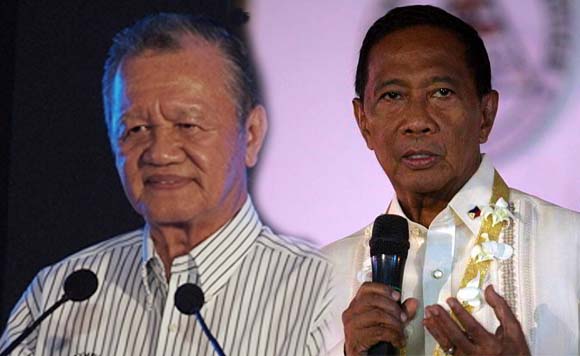 As expected, former Tarlac Rep. Jose “Peping” Cojuangco, Jr. and several members of the Cojuangco clan have declared their support to the presidential candidacy of – not President Aquino’s anointed one Mar Roxas – but of Vice President Jejomar Binay.

Asked what Binay should expect in Tarlac in the 2016 elections, he said: “Victory.”

“As far as the Vice President and I are concerned, we have a very long friendship that goes way back to 1978,” Cojuangco was quoted by Inquirer.

Cojuangco said he and his wife, former Tarlac Gov. Margarita Cojuangco, are supporting Binay, along with other relatives that he refused to name.

The former lawmaker recounted that Binay was his lawyer when they campaigned for his brother-in-law, the slain Sen. Benigno “Ninoy” Aquino Jr., for a seat in the Batasang Pambansa.

“Binay gambled with his life for us to have democracy. So, it’s that kind of camaraderie that I cannot just let go,” Cojuangco pointed out.

The Cojuangco couple had been at odds with PNoy, and even joined calls for the President to resign amid accusations of corruption and inefficiency. The feud allegedly stemmed from issues surrounding the family-owned Hacienda Luisita.

Mr. Cojuangco said it is not correct to describe Tarlac as President Aquino’s bailiwick.

“Why only him? I was congressman here for 20 years. My wife was also governor here for three terms. You know, it’s difficult to predict [the outcome of the elections]. Let’s just see the results,” he stressed.