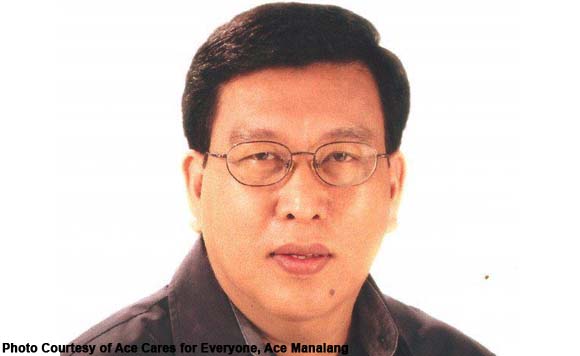 Tarlac City Mayor Ace Manalang will run for governor, for the second time, in 2016.

The mayor confirmed this in his recent State of the City Address (SOCA), saying it is now his “turn” to be the province’s chief executive.

“After the Cojuangcos and the Yaps, now, it’s my turn,” Manalang was quoted by Punto! Central Luzon as saying.

The 62-year-old Manalang won his second term in 2013 as a member of Lakas party.

He is expected to clash with President Aquino’s aunt, Isabel Cojuangco-Suntay, who ran but lost to outgoing Tarlac Gov. Victor Yap in the 2013 elections.

Manalang stressed that it’s high time for him to seek the gubernatorial post and extend to the rest of the province the services he is doing now in the city.

He also announced he will field his son, Councilor Allan Manalang, to replace him this coming 2016 elections.

The elder Manalang was first elected mayor of Tarlac City in 1992 and completed his three terms. He first ran for governor in 2001 but lost.

He then tried to come back as city mayor in 2004 but he also did not make it.

Manalang finally managed to make a comeback as mayor of Tarlac City in 2010.