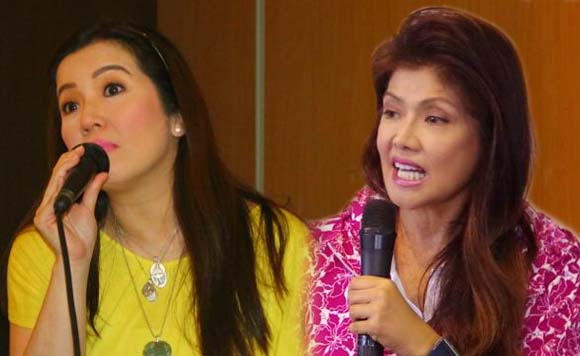 Ilocos Norte Gov. Imee Marcos is puzzled why presedential bets Mar Roxas and Jojo Binay will seek to get the endorsement of presidential daughter Kris Aquino.

In his bulgar column, Marcos said: “You all know naman when it comes to Kris, it’s always either you gonna love her or hate her.”

Marcos was reacting to reports that Aquino was speechless when asked if she would support Roxas after the latter was endorsed by her brother, President Benigno Aquino.

Marcos noted that it was only a year ago when the loquacious TV host candidly admitted that she and her sisters would support Binay.

Aquino’s other sisters – Pinky and Ballsy – had earlier revealed that they were hurt by Binay’s attack against their brother.