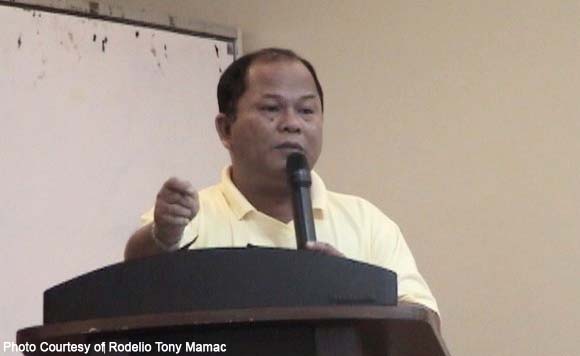 The vice mayoralty post in Angeles City, Pampanga will be contested by three lawyers and a law graduate of Harvadian – not Harvard – University in the 2016 elections.

The law graduate, Barangay Balibago chairman Rodelio Mamac, said he is not intimated at all to face the three licensed lawyers.

He is referring to incumbent councilors Bryan Nepomuceno and Arvin Suller, and former councilor Willie Rivera.

Mamac described the race between him and his three rivals as a “good fight” because “they all have strength, credibility and supporters.”

Mamac boasted that his winnability cannot be doubted: in 2013, he lost to incumbent vice mayor Vicky Vega-Cabigting by a slim margin of 5,820 votes.

He added he was not even supported by influential religious organizations back then.

Even as the chairman of the Liberal Party in Angeles City, Mamac admitted he has no running mate.
Nepomuceno will run with reelectionist Mayor Ed Pamintuan while Suller is with Cabigting.

Rivera is the running mate of Senator Lito Lapid, who has already declared plans to run for mayor.