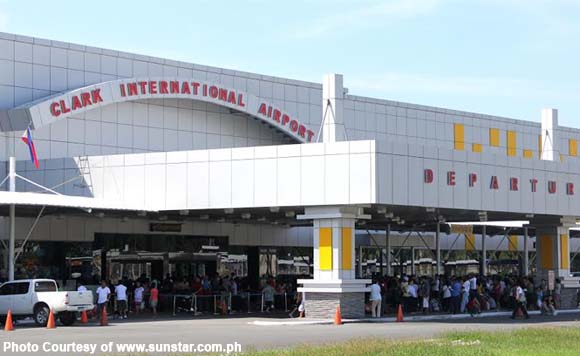 A former mayor of Capas, Tarlac who is eyeing the mayoralty seat again in 2016 is facing an investigation for allegedly using government resources for his political campaign.

In his letter-complaint to CIAC President and CEO Emigdio Tanjuatco III, Rodriguez revealed the alleged “questionable acts” of Catacutan “in his desire to make a comeback as mayor of Capas, Tarlac”, according to a Manila Times story.

Rodriguez alleged Catacutan has been using government personnel and vehicles in his political activities.

He cited one instance on June 19 when Catacutan held a news conference that was organized by CIAC employees during office hours. Catacutan also allegedly used a CIAC vehicle when he attended a court hearing in the morning of that day.

The former mayor, Rodriguez added, is often seen in Capas using CIAC vehicles when going to funeral wakes, visiting his private properties and when talking to people who are affected by the Green City project of the Bases Conversion and Development Authority.

“We are wondering whether your good office or even Malacañang is aware of these dubious acts of Mr. Catacutan considering that he is a presidential appointee,” Rodriguez told Tanjuatco.

“We strongly support President Aquino’s ‘Tuwid na Daan’ rallying call and we believe his appointees, especially in higher offices, should toe the line and not abuse their positions for their personal ambitions,” the mayor added.

Rodriguez went on to say that if no corrective action is initiated against Catacutan, “we will be compelled to file administrative charges against him.”

A copy of the letter-complaint was also sent to Malacañang and the Department of Transportation and Communications.

Tanjuatco said they are only awaiting Catacutan’s response to the allegations.

Rodriguez has earlier filed a graft case against Catacutan before the Ombudsman for allegedly converting a government-owned morgue building in Capas as his personal rest house when he was the town mayor in 2002.

Catacutan has admitted that he spent P350,000 for the renovation of the abandoned property, saying he will only vacate the building if Rodriguez reimbursed him the amount.