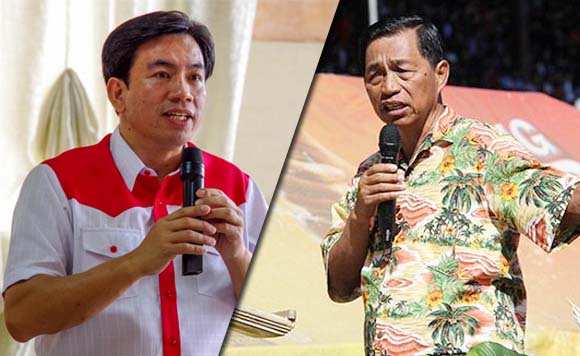 Baguio City Mayor Mauricio Domogan has expressed his dismay over the non-inclusion of the proposed autonomy for the Cordillera Administrative Region (CAR) in President Aquino’s last State of the Nation Address (SONA).

A week after PNoy delivered his SONA, Domogan said many Igorot folk are still disappointed that the President did not even mention a single world about the region’s autonomy.

The mayor said their bid to establish their own regional identity deserves the same attention being given to the Bangsamoro region, “but that pursuit seems far from the President’s priorities in his last year in Malacañang.”

“Cordilleras deserve the same privileges being accorded to Bangsamoro as both regions were specified for autonomous status as per Section 10 of the 1986 Philippine Constitution. It’s a Constitutional mandate but as it is, they are giving so much importance to the BBL (Bangsamoro Basic Law) but not a word for the Cordilleras,” Domogan said in a Manila Bulletin story.

He pointed out, though, that he was not expecting much from Aquino since he had been silent about the issue in his past SONAs.

Domogan said that for lack of time, they have moved the timetable for pursuing the autonomy to 2019.

Domogan headed the Third Autonomy Act Drafting Committee that crafted the content of the act as basis of the bills filed by former Rep. Bernardo Vergara and current Baguio Rep. Nicasio Aliping.

Aliping earlier said it would have been PNoy’s legacy if the Cordillera autonomy was approved by Congress.

“The Cordillerans will be forever grateful if we can achieve autonomous status during his term,” Aliping said.