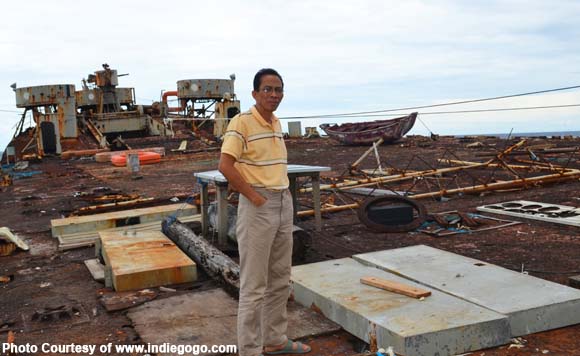 Residents of Kalayaan town in Pag-asa Island are running out of food because of infrequent resupply trips from the mainland city of Puerto Princesa, Mayor Eugenio Bito-onon, Jr. revealed.

Citing a report from the town’s Municipal Risk Reduction Management Office (MDRRMO), Bito-onon said they only have 25 sacks of rice and other food items that could only last up to three months.

“If no boat trip is scheduled in three months, Kalayaan town’s residents would go hungry,” the mayor of the island town said.

Part of the Spratly Islands, Pag-asa Island is located 280 nautical miles northwest of Puerto Princesa, just 12 miles from Subic Reef that has been reclaimed by China.

With a 2010 population of only 222 people, Kalayaan is the smallest municipality in the Philippines.

Bito-onon admitted that the current tension in the West Philippine Sea has limited the resupply trips as Chinese vessels continue to harass boats going to and from the island.

He added they have informed the Provincial Disaster Risk Reduction Management Office (PDRRMO) of Palawan of their situation.

The municipality relies solely on its lone wooden-hulled ship to ferry goods and supplies from Puerto Princesa, aside from the rare resupply operations by the Air Force and Navy.

Bito-onon earlier announced they are planning to acquire a bigger and steel-hulled vessel to replace its old transport boat M/L Seagull to boost its transportation needs.