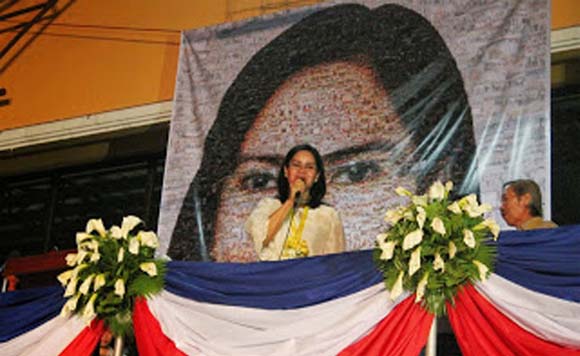 The incumbent mayor of the only town in Pangasinan which hosts an SM City Mall is in a quandary but a good one.

A Politiko source said that five municipal councilors have intimated to Mayor Susan Casareno of the Nationalist Peoples Coalition of their intention to run for vice mayor.

Casareno, who is on her first term, is expected to be challenged by former Mayor Ricardo Revita and incumbent Vice Mayor Harry Bernabe.

Rosales is the political base of former Agrarian Reform Minister Conrado F. Estrella Sr. whose sons and nephews have made their mark in politics in the past few decades.

However, the only remaining active politiko in the Estrella family is Conrado Estrella III of the Abono Party-list.

The Politiko source said Casareno was odds on favorite to “overwhelmingly win” against Revita and Bernabe according to the mayor’s internal survey.

This meant that whoever Casareno chooses as VM will also have a big chance of winning.

Rosales is the gateway to the North being the first town after Central Luzon.