‘Lito Lapid will be rejected by Angeleños’ 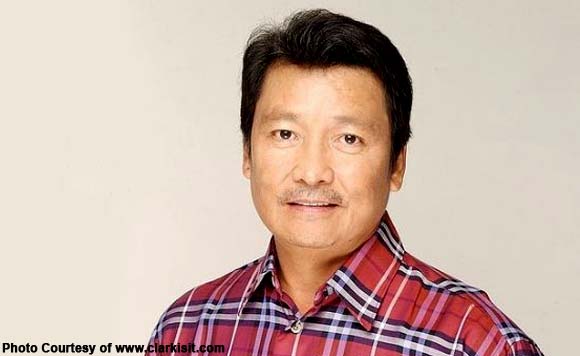 Senator Lito Lapid may want to reconsider running for mayor of Angeles City, if local political observers are to be believed.

Lapid has signified his intention to run against incumbent mayor Ed Pamintuan and his fierce rival, Vice Mayor Vicky Vega, but this early, he is considered a ‘nuisance’ candidate in the Angeles politics.

As Ed Aguilar, a columnist with the Central Luzon Daily, puts it, the actor-turned-senator of the ‘Leon Guerrero’ fame has lost his charisma.

And more importantly, Angeles City voters would not vote for a “transient”, an outsider like the Porac-born Lapid. Both Pamintuan and Vega are born in Angeles, Aguilar added.

“The truth is that the Lapid’s waning charisma is still good enough for the senator to choke up a landslide win by running for barangay kagawad in his hometown. His Cabalen will surely honor him in Porac,” Aguilar wrote.

“Little wonder then that Lapid will be rejected by the Angeleños,” Aguilar added.

In fact, Aguilar said he feels sorry for Lapid “because there is no other way for him to find his place in the political sun of Pampanga before he’ll be gone to oblivion as a political dodo.”

“He (Lapid)  is just a political candidate who is bound to meet his waterloo in the city whose electorates are more intelligent than those of Makati,” the columnist further commented.

In 2006, Lapid became a laughing stock of sorts when he announced that he would run against Jejomar Binay as mayor of Makati City, saying he could save Makati from public demonstrations against then President Arroyo.

As early as 2004, Lapid has planned to run for mayor of Angeles but he later abandoned it when he was encouraged to run in the Senate under Arroyo’s K4 coalition.

“The die is cast. Instead of an anticipated three-cornered fight for Angeles City mayor, it will be an exciting one-on-one battle between Mayor EdPam who is seeking reelection and Vice Mayor Vicky Vega who is on her last term as presiding officer of the City Council,” Aguilar stated.