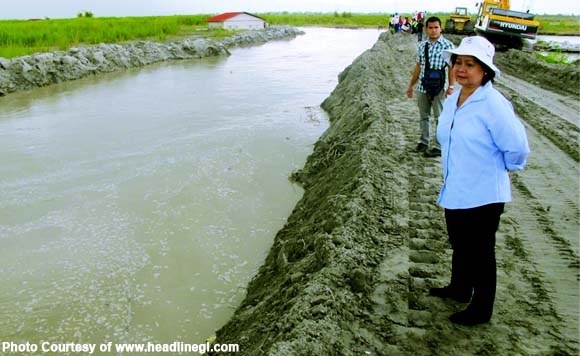 Pampanga Gov. Lilia Pineda is asking the Bureau of Fisheries and Aquatic Resources (BFAR) to conduct more water tests along the Pampanga River to ascertain the real cause of the massive fishkill last week.

Pineda said she particularly wants BFAR to check the quality of water along the upper stream of the river, especially in the sections of Nueva Ecija and Tarlac.

“What we want is a comprehensive analysis on the reliability of the water of the Pampanga River to determine the real cause of fishkill,” the governor stressed.

Pineda earlier ordered the examination of samples of dead Canduli fish to determine the presence of toxic chemicals in the river water.

The provincial government has since banned the sale and consumption of fish harvested from the Pampanga River.

Moreover, the governor has ordered an immediate dredging and recovery of domestic waste illegally dumped along the Pampanga River to avoid suspected bacterial infestation, which also causes the depletion of oxygen in bodies of water.

BFAR clarified that their recent tests showed low levels of dissolved oxygen in affected areas, which is the lead cause for fish kill.