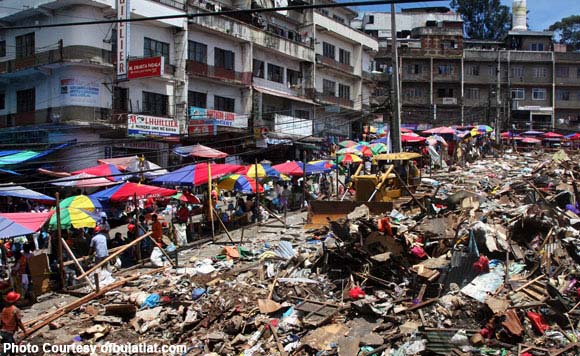 A militant group in Baguio City have fired a salvo of criticisms against Mayor Mauricio Domogan for his alleged failure to address the “real situation” of the city residents, especially the poor.

Daisy Bagni, secretary-general Organisasyon Dagiti Nakurapay nga Umili ti Syudad (ORNUS), said Domogan did not really look into the plight of the city’s urban poor despite the claims he made during his State of the City Address (SOCA).

“Statistics will always be statistics but the actual situation of the citizens, especially the urban poor, will show how the present administration addresses them,” Bagni pointed out.

Bagni further claimed there were never enough basic services available for the residents contrary to Domogan’s statements in the SOCA.

The mayor boasted that through the City Social Welfare and Development Office (CSWDO), over 1,000 families were already provided “intervention” and will continue to be assisted until they are fully functional and ready to be mainstreamed into the society.

But Bagni said that while the city is boasting that many poor people benefited from the government’s “assistance”, the lives of the urban poor did not really improve as they still suffer from extreme poverty made worse by the city’s policies and treatment.

She mentioned as an example the full-time mobilization of the Public Order and Safety Division (POSD) which is focused on getting rid of ambulant vendors, who by government pronouncements are considered eyesores to tourism.

“The people, especially the urban poor, will never forget the case of market vendor Oscar Caranto who died of complications caused by the maltreatment he suffered from the personnel of POSD,” she said.

Caranto was rushed to the hospital a day after he was allegedly mauled by POSD men during an anti-vending operation.

Bagni said Domogan is focused on clearing the streets of ambulant vendors but fails to take into consideration why they are forced to sell on the streets.

She also hit Domogan for pronouncing that his administration through the City Buildings and Architecture Office (CBAO) implemented many demolitions or issued number of notices of demolition.

“Instead of addressing the issue of the lack of affordable housing, the mayor seems to be very proud that his administration had been able to dismantle the houses of what he called the poorest of the poor,” Bagni stressed.